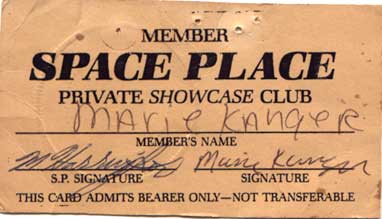 Space Place was a popular punk venue from 1979 to 1983. It was located on 955 W. Fulton - 3 blks. west of Halsted, just north of Lake St. They played all-ages shows every Saturday, which was $3 for three bands and BYOB. It was also a place where bands could rehearse, record or rent out equipment. Space Place was a total community effort and was officially a non-profit organization. The biggest names to play Space Place were Bauhaus and Black Flag.