Negative Element was a punk band, originally from Willow Springs (southwest suburbs). They were a young band and put on a rather energetic live performance. They are most well known for the songs Anti Pac Man and What Ever Happened To Elmer Fudd. Their first show was August 15, 1982 at Exit with MDC, Six Feet Under and Rights of the Accused. The band broke (1984? 1985?) after the Stepe brothers moved to Peoria.

On November 24th, 2007 Negative Element played their first show in over 20 years. It was at the aftershow to the You Weren't There premier and 3 of the 4 original members (Keith was in Germany and could not attend) were present and original singer Sparky even joined in to play National Socialism.

In 2016, Alona's Dream Records compiled the Yes, We Have No Bananas EP with their previously unrleased Old Testament Demo Tape onto one record called Shouts of Rebellion 1982-1983. 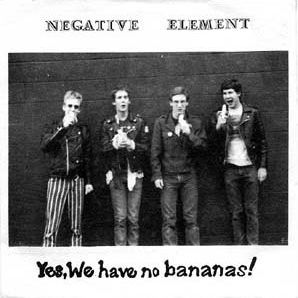 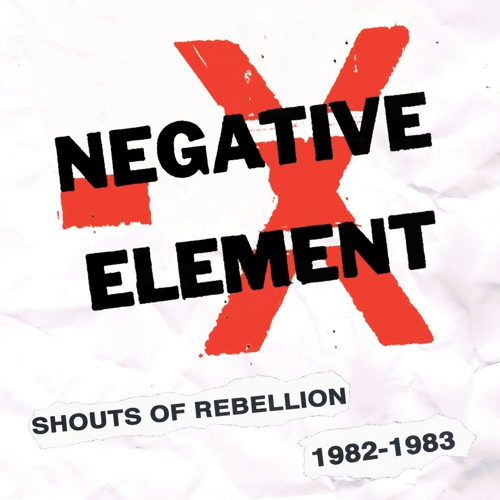