Around 1982, Algis (Al) Kizys departed the band to go to New York with The Bag People. He played in a series of notable bands including The Swans, Of Cabbages And Kings and others. The Problem Dogs continued, with a continual rotation of several bass players. In 1985 they renamed the band as Pirate Radio and moved to Los Angeles with their current (but not last) bass player Mike Fierstein. They played the LA club scene for a couple more years,and a couple of bass players later, they dissolved the band in 1987. Rick (Rik) Radtke retired from music for a while, but began recording as "Fat Ass Champions" in the aughties. John Connors went on to play with Trash Can School, Black Angels's Death Song, Travis John Alford Band, and Menthol Hill. After a half decade stint with a music management company John took a top level position at amazon.com. Demetra (Dee) Plakas joined the band L7 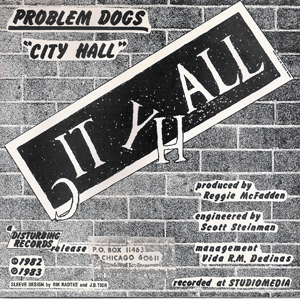 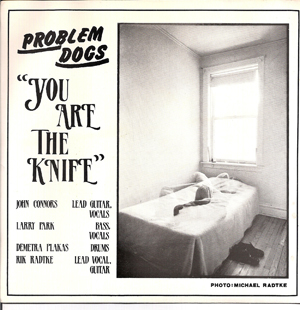