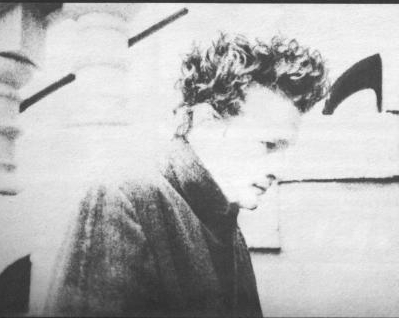 Marko Pezzati (at one point Mark O) was an original member of Naked Raygun and brother of Jeff Pezzati. He was also a DJ on Antidote Radio. Shortly after leaving Raygun in 1981, Pezzati went off to Italy to study visual arts. Upon his return to the US, Pezzati focused more on performance art than joining another punk band. Pezzati and longtime (current?) girlfriend Leslie Stevens did performances together (called simply enough Mark O and Leslie), both worked at Antidote and moved together to New York in 1985/1986.