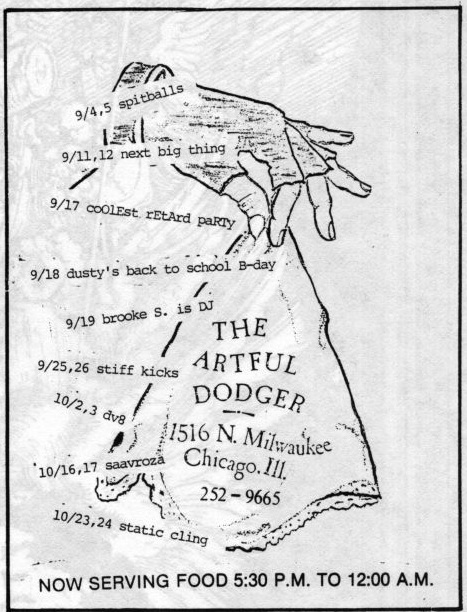 The Artful Dodger was a venue in Wicker Park in the early 80s. They seemed to play mostly local, smaller Chicago punk acts and worked with the folks at Coolest Retard zine. It was also a rather popular spot for punk DJs and dancing in front of their funky mural.

In 1984, the Artful Dodger must have moved to 1734 W. Wabansia Ave where it remained until closing on July of 2005. I don't think this location played much in the way of live shows, though they did have punk rock DJs. This version of AD had high-priced drinks (that glowed in the dark), a New Orleans theme, a DJ booth and dance floor.