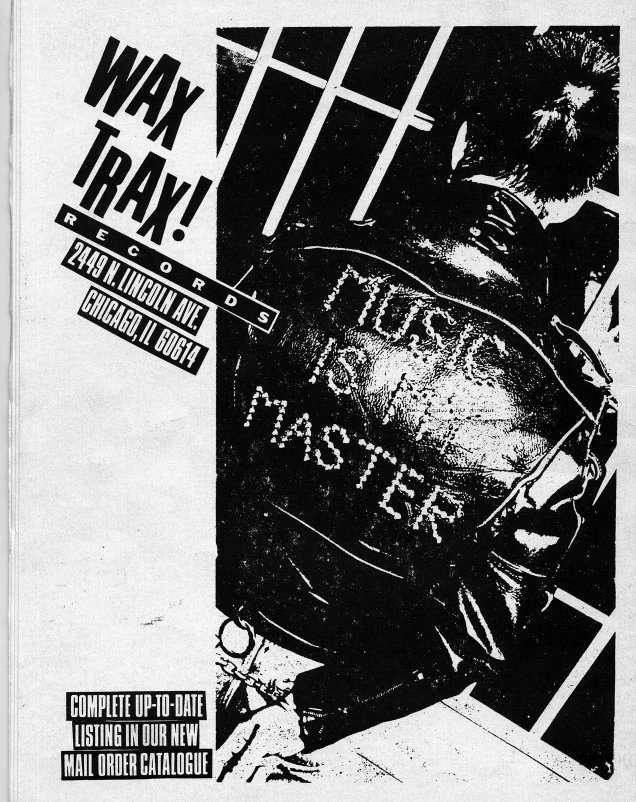 Wax Trax Records, located on Lincoln just north of Fullerton, was one of the best record shops for buying punk and alternative records in the early 1980s. Opening on November 25th, 1978, Wax Trax had an extensive collection of Imports from Britian and an entire second floor devoted to clothing. The store also grew into their own record label, which released some early punk records like that of Strike Under.

The Wax Trax label would come to much more prominence in the mid-to-late 1980s as the #1 label for Industrial Music in the United States.