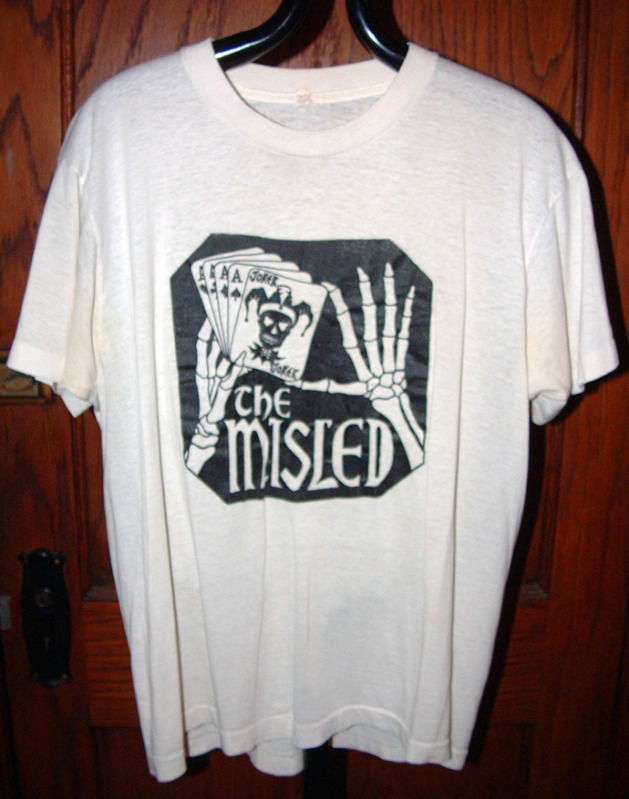 The Misled were a punk band from St. Charles, IL formed on September 23rd, 1987 by guitarist Bill Thomas, singer Matt Robison and bass player Linda Wininger. They played shows in the Midwest, primarily focusing on the Chicago area. Doug Mclaughlin was their original drummer, but was quickly replaced by Kevin Lehman. In 1989, the band was slated to record their first album with Steve Albini at his original home studio, but Kevin quit the band just a week before the sessions were to begin. After a prolonged search, Kevin was replaced by Steven Leapley, who is now the drummer in California based Christian metal band, In The Midst 777. The band opted to release a home recorded album called "Cyclone" on cassette. They broke up for the final time in 1990. Matt Robison passed away on February 3rd, 1993 due to complications from leukemia. Bill Thomas currently records and performs with minimalist experimental group UFOs OVR KOREA and lives in Portland, Oregon. Linda continues to live in St. Charles. Doug lives in Arizona and Steven Leapley lives in California.