Skafish was aarly new wave punk band formed in 1976 and lasting until 1985. Notable songs were "Disgracing The Family Name" and "No Liberation Here." Their first show at B'Ginnings in February 1976 and some call them the first punk band in Chicago. Sonically Skafish wasn't in the "punk" mold but their work undoubtedly paved the way for future Chicago punk and new wave bands in the late 70s and 80s. They were also the first Chicago band to play CBGB, in 1978. 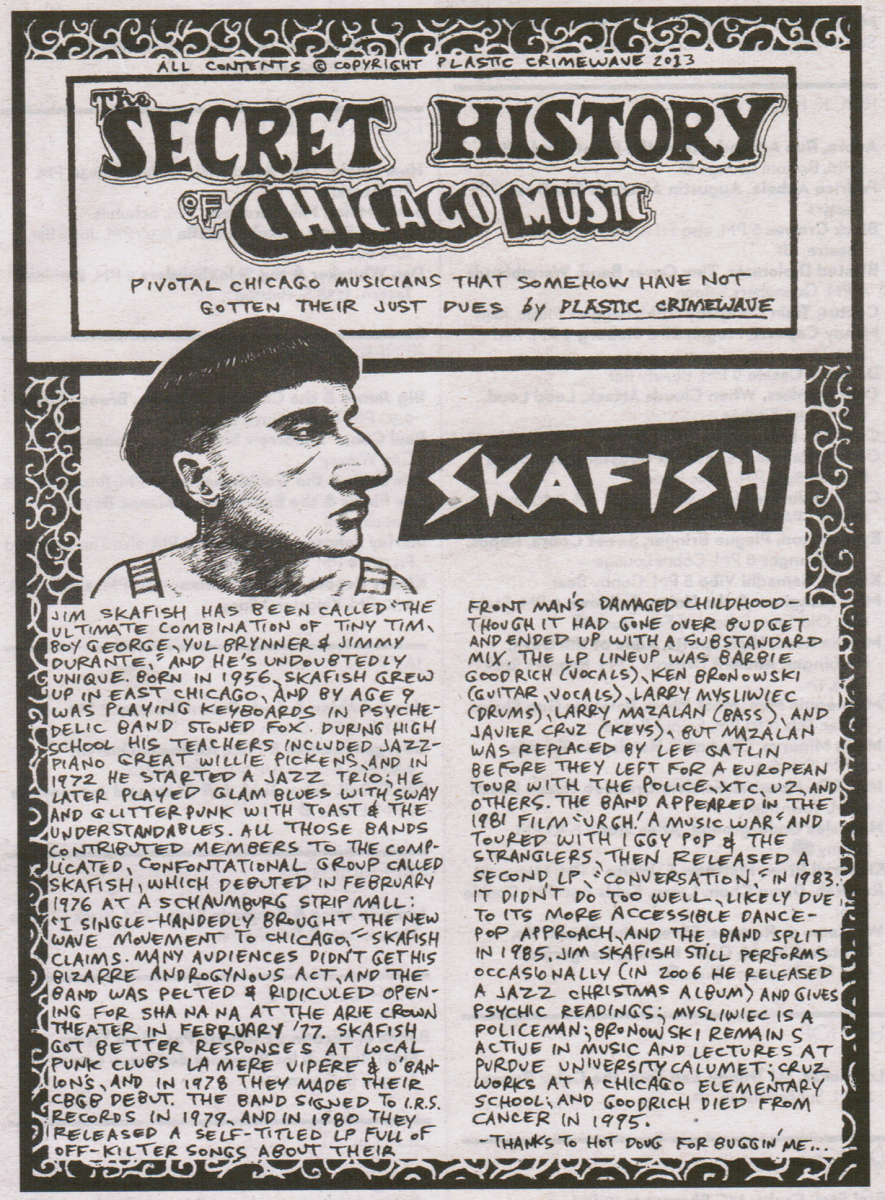