NOTE: Some tunes from Product 19 have been published to YouTube.

Two skate buddies from Wheeling, Illinois (Len and Schneider) decided they needed to start a band to gain huge popularity and make a statement. The two ran adds in IE which Carl answered, then joined the band. For the first few months, the band put together songs as a three piece with Len playing guitar and singing. After a few songs were more or less complete, the band actively recruited their original lead guitarist and recorded a five song demo cassette under its original name, "Violence Ward", with Len singing and playing rhythm guitar. The demo was received well, especially by WNUR who regularly played one of the songs, "Police Stories". WNUR quickly had the group in for a live interview during their weekly show at the time, "Fast and Loud". After the interview, someone at the station suggested that the band should maybe make a name change.

Having not played any live shows and unhappy with the current lead guitarist, who was let go; the band added Bill Stephens through a mutual High School friend of Carl's. During this time, the band went ahead and change their name from Violence Ward to Product 19, yes the cereal.

After Bill Stephens joined, Len put the guitar down and the band was quickly able to put together enough songs to start playing out. Money earned playing gigs was used to fund a new 9 song tape, self titled "Product 19". This recording was also well received and earned gigs at more popular venues like the Metro, playing openers for some national acts like Hüsker Dü and Naked Raygun as well as having some "situations" with other local bands such as, Right of the Accused, Bloodsport and Out of Order. 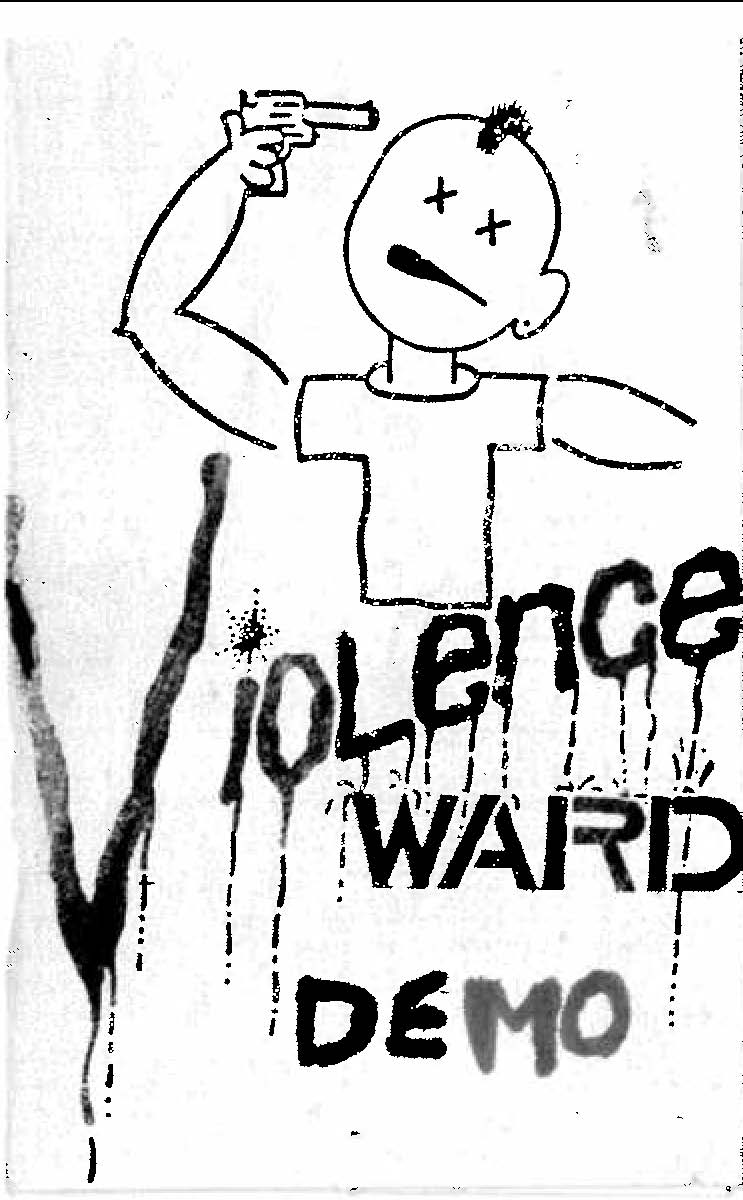 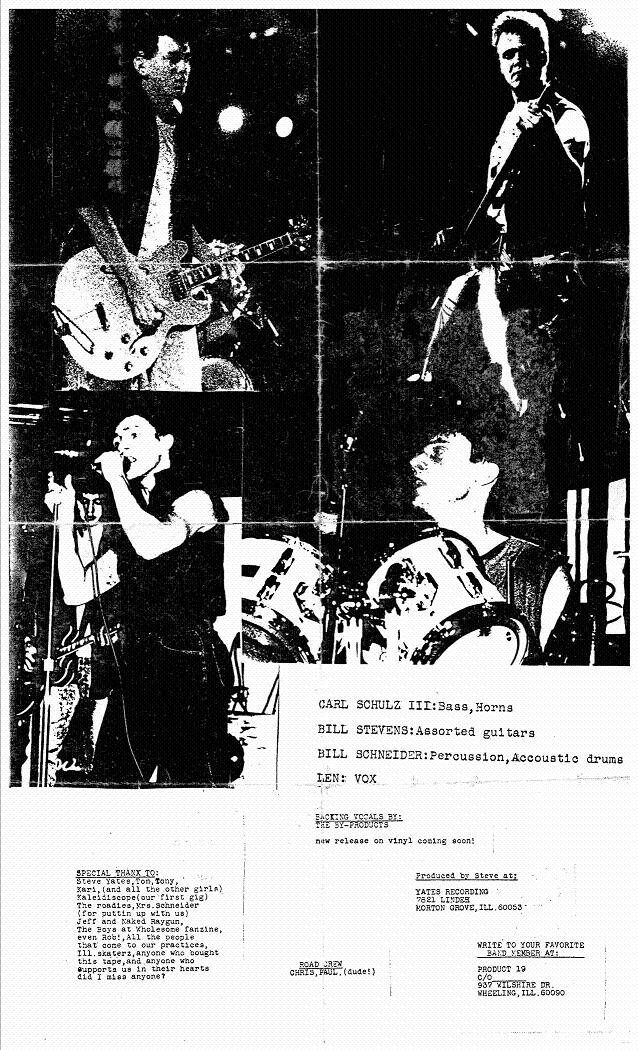 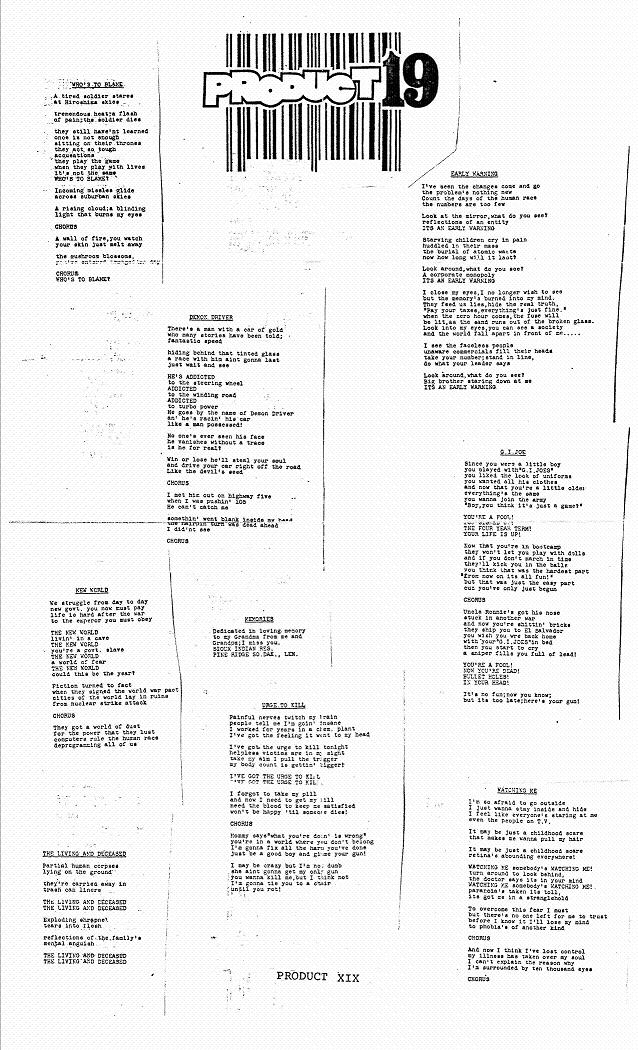