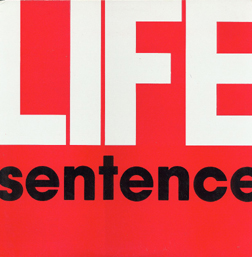 Life Sentence was/is a popular Chicago punk/hardcore band from the mid 1980s to the early 90s. They were from Itasca and formed out of the ashes of the Anti-Bodies and 6 Feet Under (not to be confused with the Metal band). They went through a few lineup changes and even some nasty lawsuits between members and the rights to the name. Guitarist and founder Eric Brockman emerged with the rights to the name and continued on into the early '90s with different rhythm sections before disappearing from the scene all together due to substance abuse issues. In 2009, Eric resurfaced with an entirely new line-up for a few local shows before vanishing again.

Reissued on LP/CD/digital with 4 bonus tracks in 2018 on Jet Speed Records. 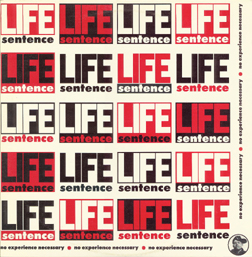 The history of Life Sentence is long and gets very messy towards the end of its existance. Instead of summarizing, read MXV's review of Life Sentence's LP - where many former members and acquaintences chime in. Great read...