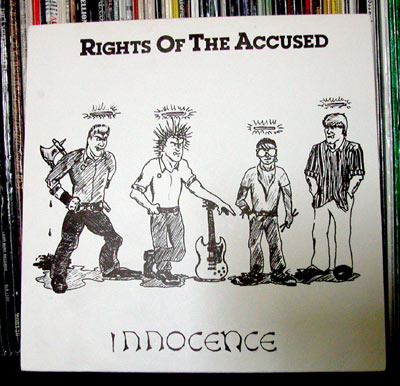 Innocence was a 7-inch by Rights of the Accused, released in 1984 on Little Farmer Music. It is probably their most popular release during their punk era. Later ROTA releases became more of a metal sound.

Because of the popularity and scarcity of the record (if that makes any sense), Innocence is a popular item on the punk record collectors circuit. In February 2006, it sold for $36 on eBay.