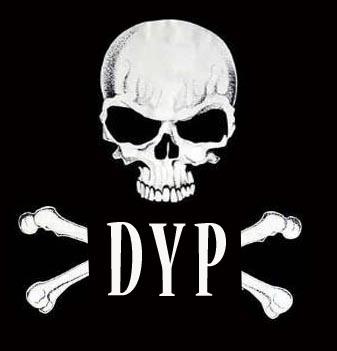 Destructive Youth Patrol was a young hardcore band from the 1983/1984 timeframe.

October, 1984, The Cubby bear. DYP plays their first and only show in Chicago. Sharing the stage with Out of Order and Slit and the Stitches at a Sunday night all ages show, It would be a night that would go down in Chicago hardcore history. Before the show even got underway the bar staff started noticing that all the under 21's were walking around with beer. Knowing that that many beers could not have been smuggled in the door the the bartenders were baffled. Little Bobby (the drummer for DYP) who was only 14 at the time had broken through the dressing room wall in to the storage room and started handing out Moosehead beer to everyone at the bar who was too young or couldn't afford to buy one. Finally as the show started Joe ( the singer) who had just mainlined meth proceeds to throw up on stage during the first song. Needless to say the word got around to all the other bars in the area and DYP was 86'd from playing in Chicago.

This story typifies the mayhem that followed DYP and the Mateljan brothers around. While other bands of the time were playing hardcore. DYP were living hardcore. Though the band only played one show in Chicago they are still remembered to this day for the chaos and destruction they would inspire every time they went to a show or a party.

With no options left in Chicago the band decided to head west. Joe, Todd. and Bobby were all originally from San Diego so thats were they went. After six months and a couple YMCA gigs Tim (the bassist) called it quits and headed back to Chicago. In October of 85 The band did their last gig as DYP with the bassist from Diatribe sitting in at Wabash hall in S.D. backing up the Bad Brains and the Addicts. 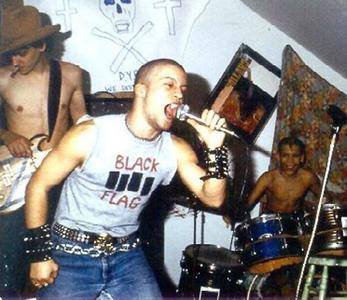 Where are they now?

In the early ninty's Joe, Bobby, and Todd Got back together briefly and recorded a cd under the name "The Infamous" A few years later Bobby OD'd. We'll all miss him. He was an extremly talented and bright guy and will live on forever in our memories. Joe disappeared and pops up every once and awhile in the Chicago area. Todd went on to play with "The Shitgivvits" and more recently "Poop" in California. Tim stayed in Chicago and joined "Curious George", also spent some time in "The Raving mad" and is now in "Moist Guitars" Steve went on to form the band "Steltch"