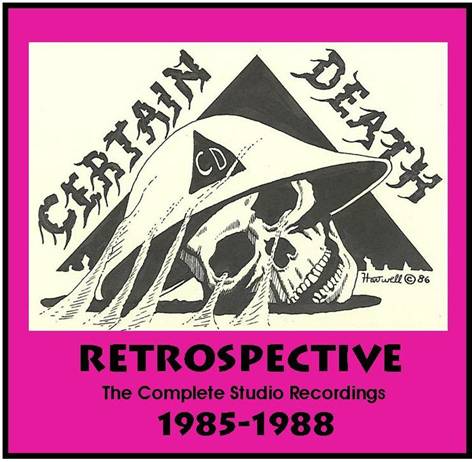 Certain Death was a punk/metal trio from Chicago featuring Danny Imig (alias Danny Sleeze) on guitar and vocals, Jeff Anderson on bass, and brother Mike Imig (also formerly of the D.S. Cootie band) on drums. The band was formed in 1984 and disbanded in 1989.